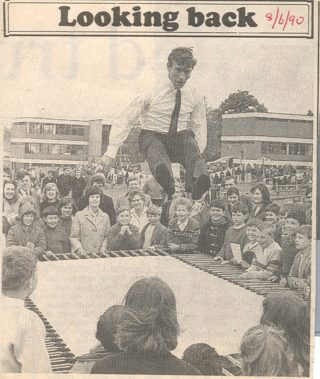 Formed Watford footballer Bryn Jones impressed the young crowd with his trampolining prowess at Clarendon School Fair on May 29th, 1965.

Hundreds of parents and children turned out to see him and get the Welshman’s autograph.  The day’s programme included children dancing and international wrestling.