Do you know these lads? 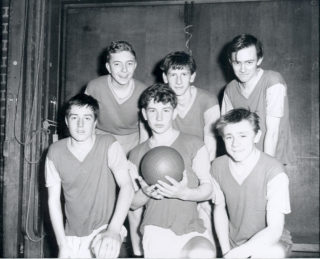 This photo of six lads with a basketball was taken in February of 1961.

Are you one of the boys in the back row or do you know who they are?  We’d love to hear from you – leave your comments below.