Kev F from the Beano 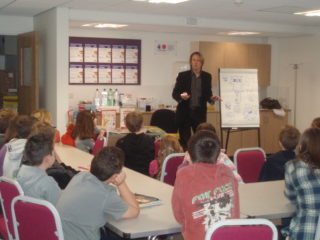 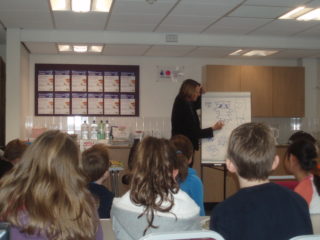 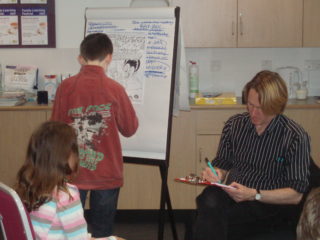 Kev drew a caricature of each of the children for them to take home and he put all their comic strips into one big comic.  The children chose the title of the comic and they all had a copy of at the end of the workshop.

The children really enjoyed the workshop, and were delighted to go home with a comic they had made.

Did you come to this workshop?  Did you enjoy it and are you still drawing?