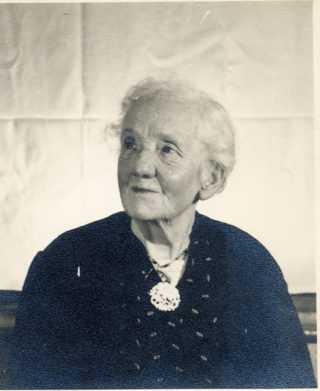 Edith Morgan was born in 1865 to Robert and Louisa Morgan. She had two brothers Robert and Fred and two sisters Florence and Lillian. There may have been more siblings who perhaps died in infancy.

Edith lived in Oxhey village for most of her life, mainly in the Villiers and Paddock Roads area. She and Mother had moved into 113 Villiers Road on January 1st 1900 when the diary was started. In later life Edith lived on Watford Heath with her sister Florence and brother-in-law Charlie, Fred lived next door.

Edith worked at Euston Station in the accounts office and travelled daily by train from Bushey Station. She was also very involved with her extended family. There were Cousins in London and she often called on them after work.

She was interested in the Boer War because she had Cousins in South Africa.

I remember her as a little white haired lady who always seemed to wear black.