You are here: Home>People>Miss Edith Morgan's diaries>January 1900>Reading about the Boer War

Reading about the Boer War 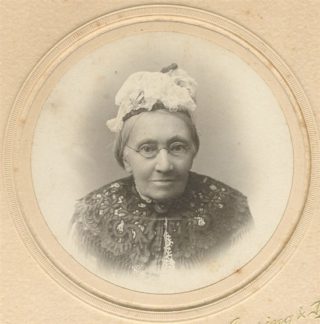 Weather fine, rather windy. Mother went to Victoria with Amy. She went off pretty bravely, although she feels parting with us all very much, especially having to leave Lil and little Dorrie. Tilly and Lily went by the same train. They went to cousin Clare Reading’s Christmas Tree Party. I went after five and Bert came up by the 6-34 train. We all came back together, got home at 11.30pm. Alice and Lizzie and Sarah and Bert’s Annie and Aunt Clara and Bert were all there and a rare crowd of youngsters.

Another fine day quite mild. Home by the 5-40, had my tea and did a little reading about the War with the Boers. The British Army seem to be making a little progress now General Buller is gradually advancing towards Ladysmith. I then had a little tune on the piano, went over the hymns for C.E meeting, then at 8 o’ clock went to the meeting. It was consecration meeting as we had to put it off last week. After it was over I went down to Lil’s to call for Mother. The three youngsters are very poorly. Willie had got mumps and the other two had bad coughs and colds, so Lil had found her work cut out with them without Amy to help.

Wet nearly all day. I had my half day and went to Highgate to see Miss Whitbread, we couldn’t go out far, but had a long chat. She has been in hospital and gone under an operation, she seems much better. I got home at 10-30. Mother had been down at Lil’s nearly all day, the children still very poorly. I went with Minnie to some meeting at her church for a little while, but had to come out before it was over to catch the train.

Fine all day and beautiful starlight night. I have had a very bad headache today, not felt much like work. Got home 6-30 had tea, went down to B of H for a litle while to help E Harley in practicing service of song John Tregenoworth which they are going to give at the Prim Methodist Bushey Heath. There was a teachers meeting at 8-30, it was not over till rather late. Mother has been at Lil’s again, children little better.

Fine morning, wet part of afternoon and evening. I ought to have got home at 6 o’ clock but there was an accident just outside Euston, made all the trains late. Mother’s cough has been very bad today, she has had a bad cold all the week. We are going to get to bed early and she is going to rub her chest with turps. I am not going to the Pentecostal meeting tonight but going to keep Mother company.

Pretty fine during the day, but rough evening, beginning to snow. Mother is very poorly, really ought to be in bed. After I had dinner I put up the brackets for the blinds in the back bedroom. After tea I ran up Watford brought new fur black tibet. Went into the prayer meeting for a short time, not many there. There are such a number of people ill just now and what with so many of the men having to go off to War it sems to cause quite a depression. Earnest prayer is being offered that this dreadful war may soon cease.

Heavy fall of snow during the night, it thawed very quickly, turned to rain at night. I did not go to chapel this morning as Mother is still so poorly. I went to school this morning had no one to play. Went to Chapel this evening did not stay to the prayer meeting. Fred and Mary are away today at ?????. Has telegram to say Mary’s Father was dying to come if possible. Bert is 15 today.