You are here: Home>People>The Tally Man 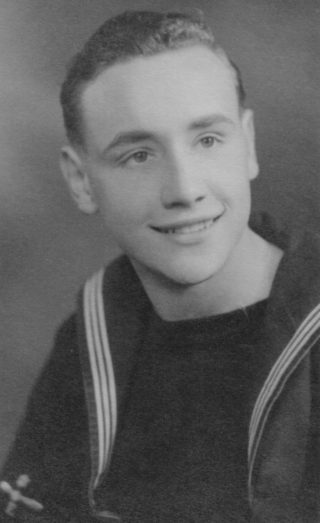 In the late 1940s I was employed by a firm called Morse of Swindon. They were what was known as a`Catalogue’ firm, that is they provided catalogues to customers who purchased items of household goods and clothing on credit which they were then able to pay for on weekly instalments. Repayments were made to collectors often known as “Tally Men”.

I was a Tally Man and one of my rounds was in the newly built London County Council estate at Oxhey. As you will know this was a very laudable effort to provide new homes for families,among others, who had lost their homes and often their possessions in the bombing of London during the war. It gave them a chance to create a new life in surroundings that some of them had not experienced before. What, perhaps, was not fully considered was that in starting a new life from scratch it required the finance to do so.This oversight was recognised by my employer as a chance to establish many new customers in Oxhey.

When I took over the round I found a large number of bad debts caused no doubt by the customers being overstretched to try to establish themselves in their newsurroundings. This was a problem for me because repayments on goods purchased was based on a proportion of the cost of the item plus a period of time to pay it. I quickly found that in many cases the customer was unable to pay the correct amount and in some cases was unable to pay at all.I gave a great deal, of thought as to how I could resolve the problem without cutting off completely the supply of essential items which mostly did not mean luxury goods. It needed an understanding between the customer and me  as to what they really could afford and if I sanctioned the sale an agreement that payments would be regular. I also appreciated that unforeseen circumstances might occur and an honest explanation would be necessary. I was rarely let down and in fact the weekly  calling became a meeting of friends often accompanied by the offer of a cup of tea! If I may mention one illustration of the essential honesty of most people it was the request to buy a reasonably expensive suit. The male member of a large family was a musician and was out of work at the time. He had been offered a job with a Classical orchestra but it required he be dressed in a dark suit. I knew that until he had established himself payments would be a problem. I also knew from previous contact with him that he was a`family man`who was anxious to provide for his family in away that was not demeaning. We discussed what he could afford  and I finally arranged with him that I would`sort out’ the different amount until he was able to pay in full. He got the job and paid off all the payments.

This was the new Oxhey at the start of its existence. A community mostly unknown to each other yet determined  to`make a go of it’ and with many difficulties to overcome. I left the job after a few years with my books clear of bad debts and with the satisfaction of being able to help a few people get their new life started. I also considered I made a few friends along the way albeit on a weekly basis. My employer never did understand how I cleared the bad debts and I never told him of the ways I found around the system. I don’t think he would have approved.Perhaps some of the elderly residents of Oxhey may remember me. If so, it will please me to know that my brief visits to their town at its birth was in some way helpful in establishing the vibrant community it is today.