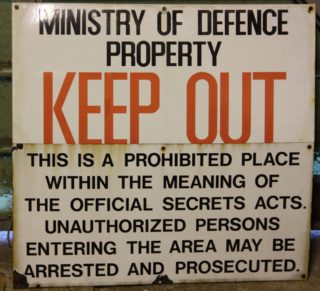 I salvaged these two enamelled signs from the USAF married quarters site during demolition in the late 1990’s. The site was up off Oxhey Lane and was built on the old Highfield/Carpenders mansion site following demolition in 1960