some bits and pieces 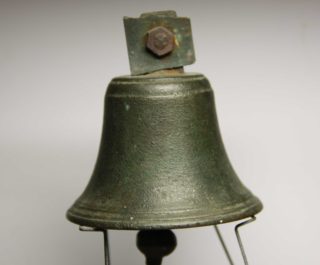 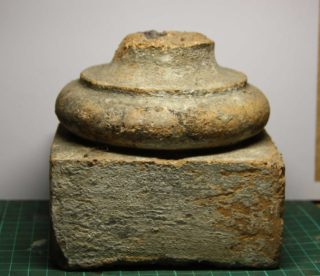 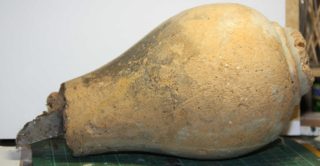 The bell is one of the old servants bells from the Carpenders Mansion later known as Highfield in Oxhey Lane. The mansion was derelict for a number of years prior to its demolition. The bell came from a chap I knew in Carpenders Ave whose house backed onto the mansion grounds. He took it from the derelict house by snapping it from the spring steel hanger.

The two pieces of masonry came from the basements of the old house when they were exposed during the building of the current housing on the site. The mansion was demolished by stripping the roof and all timber fixtures and fittings and then bulldozing the rubble into the basement.  They are both pieces of balustrade from the exterior of the house and are made from cast concrete or similar with slate reinforcement I have a few bits of floor tile somewhere.