I enjoyed growing up on the Oxhey Estate. We were lucky and lived in one of the ‘posh’ houses built for the professionals on the estate and had a lovely house and large garden backing onto the woods. The garden was my father’s pride and joy and people used to come into our close to take photos of the weeping cherry tree in our back garden. The woods were glorious, full of hazelnuts and blackberries for filling our tummies, lots of paths and the ponds to explore, large trees which we made into our ‘ships’ in the sky or hide from passers by.
The estate was a wonderful place for a child with lovely wide pavements to ride our bikes, scooters and roller skate from place to place, bumping up and down the kerbs as we went and of course the roads were relatively safe as there was so little traffic in those days. There were plenty of green spaces on which to play ball games, and walls upon which to sit and hang around in groups as we got a bit older. It was an idyllic place, though in teenage years there wasn’t much to do – just the ice cream parlour, and ‘cow shed’ hall (on Oxhey Drive near Oxhey Wood Junior School) with it’s regular evenings of live music – good quality too – where I danced the night away as a young teen.
My father became a local Labour councillor and was involved in instigating fund-raising for the William Morris Labour hall,  I remember my sister knocking on doors to raise funds and my father’s pride when finally the hall was built – even in his late years he liked telling people about the hall and how people on the estate had somewhere to gather apart from the pubs.
Prior to the hall being built I remember my parents going out for an occasional drink and my sitting on the wall outside with crisps and pop. Sometimes a friend with a car would take us all for a drive into the nearby countryside and we would stop on the way home for fish and chips, finding a park with swings where the children would eat while the parents stayed in the car. I remember the playground on the estate too, on the corner of the main road and past the big shops on the way out towards Watford. It was a long walk from home but I always enjoyed the swings and little roundabout, sometimes I would cycle there and call in at the library on Little  Oxhey Lane on the way home – they were only supposed to allow 6 books in all but I was such an avid reader they allowed me to take as many as a dozen, always returned them within the time. Lovely memories. 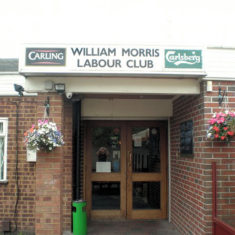 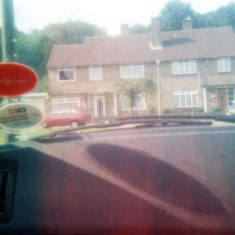 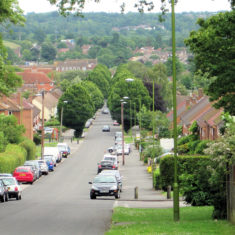