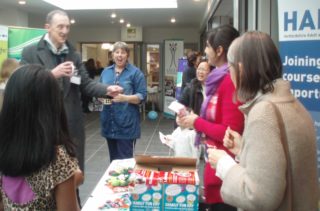 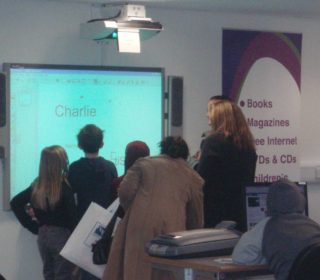 Fun with IT with West Herts College
by Beverley Small 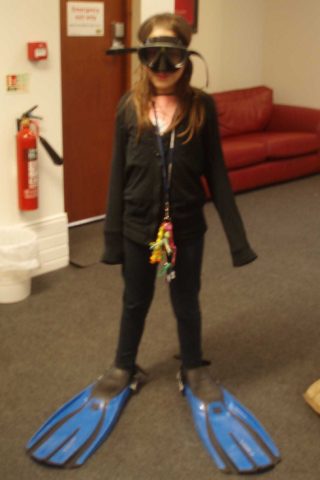 There were a huge amount of fun things to do at the HAFLS Family Fun Day on 13th February, from a Bookstart Bear Hunt and Baby Rhyme Time, to a talk about sharks with real sharks teeth and diving gear.

West Herts College were running a “Fun with IT” session and the new IT Suite was overflowing with children and adults using the PCs and finding out how to use the electronic whiteboard.   People were making Valentine’s Cards and decorating Valentine’s Day Cup Cakes.  You could also speak to the West Herts College digital photography tutor for some advice about your camera and find out about the digital photography course which started at Oxhey Library in April.

ASCEND, West Herts College and HAFLS were there to advise people about courses and learning in the area.  HAFLS were also showing people their Learn in Herts database and those who had a look on the day were entered into a prize draw.