Thoughts on libraries from people of South Oxhey 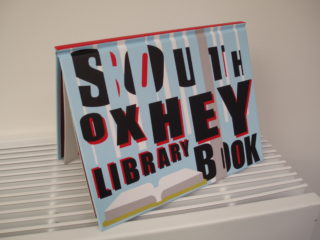 In the summer of 2008, artists Simon Grennan and Chris Sperandio asked people in South Oxhey what they wanted from their library.  They spoke to over 70 people, in pubs, shops, schools, launderettes, homes, restaurants, community and church halls, offices, barracks and libraries.

The results were presented in the form of a book.   The book was published in June 2008 and distributed free to households in the local area   It was launched at a community tea party held in the library on 19th July 2008, when residents were also able to see the plans for the new library.

One of my favourite quotes from the book is “Books are your friends and you need to visit them often”.