A Hawkins Family Link to Oxhey 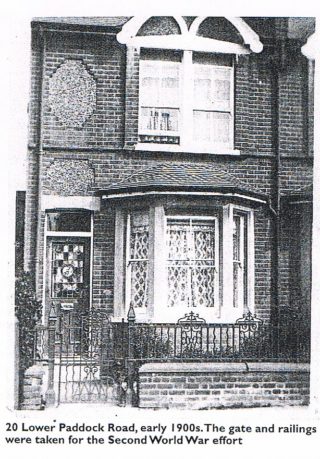 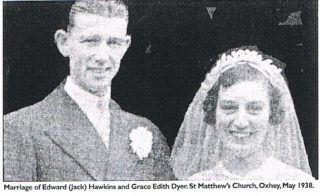 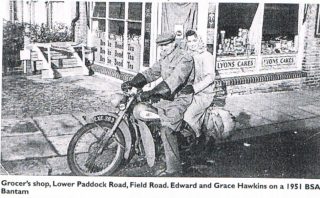 These are the memories of Alan Hawkins who grew up at 16 Vivian Close, Oxhey Hall and went to Wiggenhall Nursery School, Oxhey Infants School, Watford Fields Primary School and Bushey Grammar School (now Queens School).  He started work in Watford but moved to Somerset for 20 years before returning to Watford at the end of the 1960s.

Alan describes the life of his grandparents in Oxhey.  His grandfather, Horace George lived with his parents and five sisters at 15 Heath Road, Oxhey.  He was the only son and became the family breadwinner at 14, after his father’s death at just 41.  He became a master plumber and was involved in replacing the lead on Warwick Castle roof.  Horace was a strong traditional Labour supporter and Daily Herald man who was threatened by his boss that if he didn’t vote the way he wanted in the coming election, he would never work in Watford again – he didn’t!

Upon marriage in 1913 he lived with his wife Emily Louisa Frogley at 105 Villiers Road Oxhey before moving to 49 Vivian Gardens, Oxhey Hall in 1937. Horace and Grace had four sons, the second Edward (always known as Jack) was Alan’s father, who, apart from the Second World War, worked in Watford’s print industry.  Edward married Grace Edith Dyer of 20 Paddock Road at St Matthews Church, Oxhey in May 1938, and lived at 16 Vivian Close.