Boyhood Memories of Attenborough Fields in the 1940s 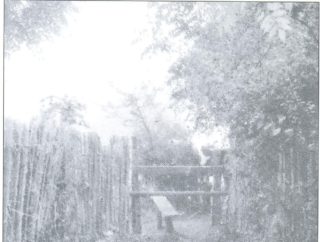 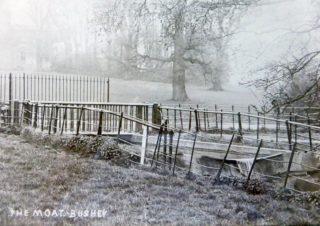 The weir near the pond. 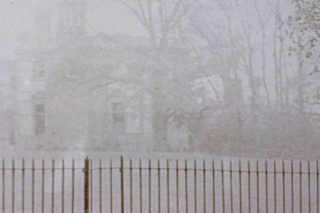 This rather spooky photo shows a large house beyond the railings

Douglas describes a “Just William” kind of childhood, exploring the fields and lanes around Oxhey on foot and by bike. He and his friends cycled along all the paths around Bushey and Oxhey and places which were impossible to get to by public transport were quickly reached in minutes, although stiles could prove hazardous! The area stretched from the stile at Paddock Road down to the pond at the bottom of Attenboroughs and then to the kissing gate in Merryhill Road, then up the lane to London Road and back down passing the junior Masonic towards Chalk Hill and the back gardens of houses in Cross Road and Haydon Road, completing the circuit back to the clay brick kiln pits (now The Green) in Lower Paddock Road.

The clay pits provided a switchback playground for bike riders and a dump for rubbish! There was fishing for sticklebacks in the weir on hot summer days interrupted by the occasional dogfight in the skies above for these were days of war. Camps were built, battles fought and the graveyard ghost and Swallow hole swamp monsters were tackled. Several bomb craters were explored. Douglas and his friends, reminiscent of the Just William gang, either wore school uniform or football gear etc for their exploits, and mostly, wellington boots.

For the full story see the PDF below.