A New Book on the History of Clarendon School 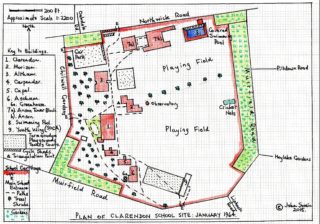 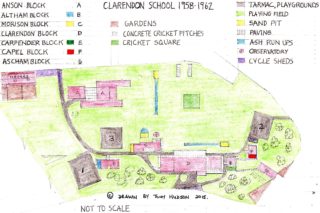 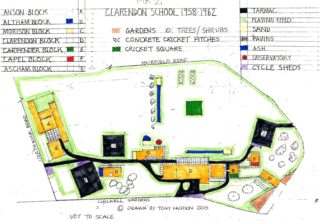 Friend and prolific author, David Reidy, is planning to write a further book on South Oxhey, this time concentrating on the short history of Clarendon Secondary Modern School.

He will be delighted to hear from former pupils, teachers and friends of the School, on their memories and reminiscences from the 1950s and 1960s. All contributions, including photographs, will be fully acknowledged.

Contributions are now being received by David, who is making steady progress on his new book. My friend of 55 years, Tony Hudson, who still lives in Ashburnham Drive and who attended Clarendon School from September 1958 until July 1962, has kindly sent me details of his recollections of the school and these have been supported by those of his younger brothers, Bob (1961-65) and Phil (1966-71). These should be appearing in the book, along with a “Mental Map” of the site as recalled by Tony over half a century ago. Tony has contacted me to correct his original version of his map and the Mark II is attached here.