Taken from a school prospectus before 1957 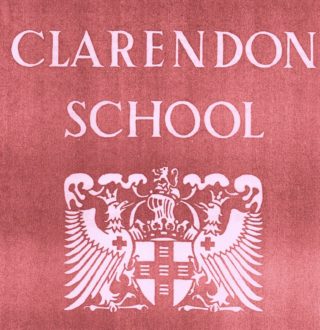 The School was completed in September 1952. The buildings were set in nineteen acres of woodland, and allowed for six football or hockey pitches, a cricket square, seven hard tennis courts, and garden plots. The school was grouped into five separate blocks, each named after a distinguished person who used to live in the district:

The school catered for a variety of subjects to cover a wide range of ability and aptitude. It prepared candidates for the S.W.Herts Area Certificate, The Royal Society of Arts Group Courses, and the General Certificate of Education. Children who showed an aptitude for foreign languages were taught French or German from the first year onwards. Girls were encouraged to join in Technical work on a voluntary basis in addition to those subjects normally studied by girls.

Technical Courses also existed for boys in the Fourth Year, but they could choose anything from Cookery to Gardening as a special practical subject when they reached that year.

Homework was compulsory for General Certificate of Education Forms and was set at parents’ request in other forms. There was regular promotion between forms each term to encourage children to reach the highest standard of which they are capable.

Parents were asked to send a written note with the child on the day the child returned to school.

Children were expected to be inside the School grounds at 8.55 a.m. in the morning and 2.00 p.m.in the afternoon.

No child was excused from games, gym or swimming without a note from the parents. If the child was to be excused for any length of time, a doctor’s certificate was to be sent to the school.

Parents who wished their children to have school lunches were to send the money (3s. 9d.per week) to school on Monday mornings.

Children were strictly forbidden to leave money or valuables in the cloakrooms, lockers or desks.

Children were expected to maintain, both inside and outside the school, the high standards of behaviour which were set by the school when it opened.

The School uniform was maroon and grey and was obtainable from Clements Ltd (who were at that time in The Parade. Watford). The list below show what was considered necessary for each child. When a child already had, for example a pair of black shorts, it was obviously better for them to wear these out first, and buy a pair of blue ones later. Patterns of material for blazers could be borrowed from the School in order to match the colour for knitting wool etc. All articles were to be clearly marked with the owners name.

Gym shoes – crepe soles were preferable to black rubber since the latter marked the floor.

If boys were chosen to play for the School, it was hoped that they would be able to have white flannels and a white shirt.

The School - named after the Earl of Clarendon who was the first Mayor of Watford, and also Lord Chamberlain to the Queen until 1953.

For the purpose of inter-house competition in work and sport each boy or girl was allocated to one of the following houses:

Morison House – named after Sir Richard Morison who bought Cassiobury Park from Henry VIII. The land became royal property after the dissolution of the Monastery of St Alban. (Yellow)

Altham House – named after Sir James Altham who built the Chapel adjoining the “ Big House” (Oxhey Place) four years before Shakespeare’s death. Inside the Chapel is a statue of Sir James in his red robes, and of his wife in a black gown. (Blue)

Capel House – named after Sir Arthur Capel who counted it an honour to be beheaded wit the same axe as King Charles I. He too lived in Cassiobury Park, having married the grand-daughter of Sir Richard Morison. (Red)

Carpender House – named after Sir William Carpender who planted the circles of Scottish Firs to show his loyalty to the Stuart King and Princes. His Fir Trees and park surrounding his house could be seen from the school grounds. (Green)

Further buildings and a swimming pool and observatory were added to the Clarendon site at  later dates.