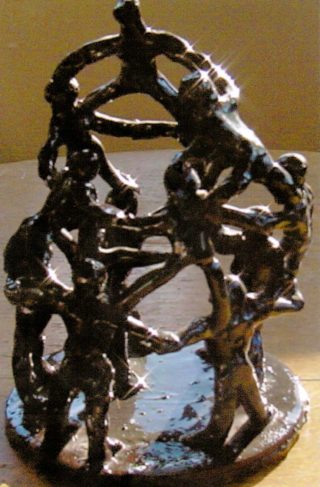 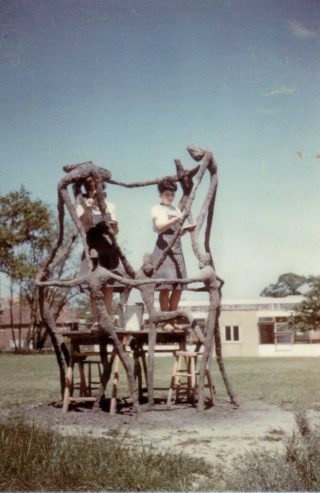 The building of 'Acrobats''

The modern sculpture at Clarendon School mentioned in a previous page, called ‘A Human Pyramid’ and photographed by the Watford Observer was built in 1962 under the supervision of Mr P Sellers.

It was called ‘ Acrobats’,  the design was taken from a smaller piece of pottery of that name made at the school around this time as the photograph (right) shows.

The other photograph shows pupils at work on the ‘Acrobats’ and this photograph is dated 1962.

It is believed that the structure was demolished at the same time as the school.