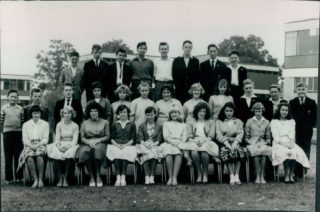 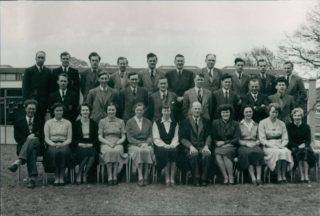 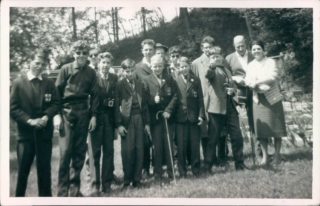 My time living in Gosforth Lane South Oxhey stretched from 1952 – 1970, during which time I attended Little Furze and Clarendon Schools. While attending to a long held promise to myself to sort out the many photos that have laid dormant since time immemorial, I came across the following which I thought I would share with the Our Oxhey readership in the hope that it may jog a few memories and help to fill in a few gaps in my own.

The second picture shows a group of Clarendon teachers, but in what year and why I should have this picture I do not know. The services of John and Peter Swain might be able to help with the identification.

The third picture shows a trip to Neustad Germany, again in the early sixties, organised by the fondly remembered Mr Bailey (German and Tech Drawing). My recall is a bit dim here as the age groups are spread out, but lurking in the background is yours truly (looking less geeky in the shades), Jim Speller with hat and Mr Methvin (History). I believe the boy offering the thumbs up is Freddy Fletcher. Mine host and hostess are to the far right. Mine host is particularly remembered for having lost one of his legs in the war, and driving us around in his car in a similar way to the ME109 he flew during the war!!

I hope these will jog a few memories, and I look forward reading any notes that ex pupils would care to leave to help fill in some of the gaps.  Mike Simpson