'The Charger' or Large Plate 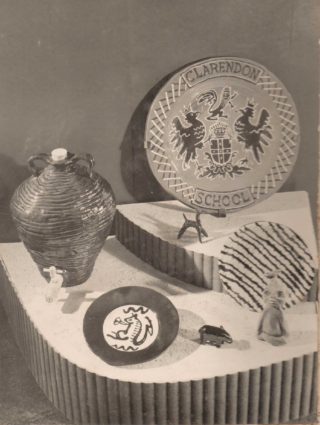 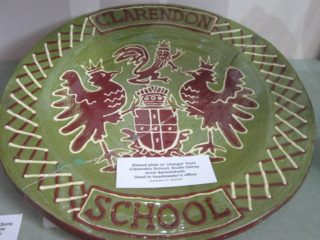 'The Charger' or Large Plate now in 'Three Rivers Museum' 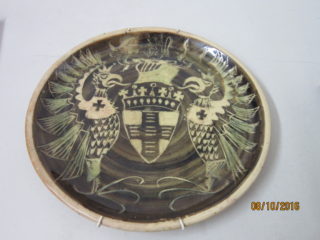 On a recent visit to ‘Three Rivers Museum’ in Rickmansworth, a group from ‘Our Oxhey’ saw  ‘The Charger’ or large plate that was made at Clarendon School, in one of the museums display cases. This had been ‘rescued’ from the remains of Clarendon School by an ex pupil and had been rediscovered in his loft and taken to Three Rivers Museum.  The museum have repaired it and it is now on public display.

The other photograph shows it on display at Clarendon School in the 1950’s.

Another Charger Comes To Light

At the book launch of  ’A History of Clarendon School, South Oxhey’ a former pupil brought along another ‘Charger’ that had been given to her by an ex member of staff.  It was thought that this may have been a retirement gift. This was now treasured by the ex pupil.