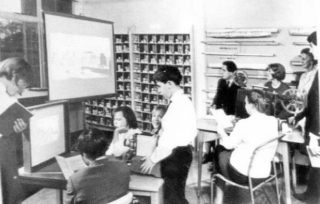 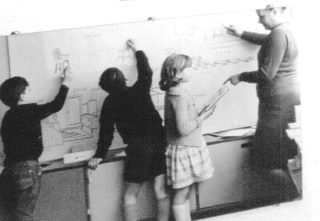 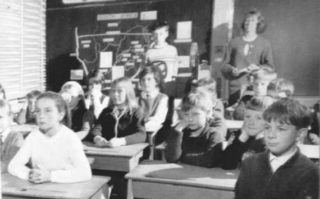 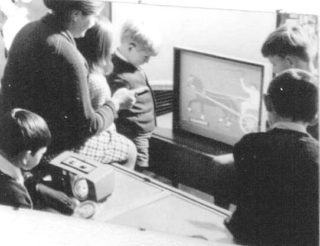 In 1969 ‘Rank’ made a film at Oxhey Wood Primary School, in Oxhey Drive called ‘Switched on at Seven’.  This concerned the new Audio Visual Technology that was starting to be used in schools and Oxhey Wood was one of the pioneering schools in this field.  This consisted of the classrooms each having a tape recorder, spool projector, cine projector, screen and slide projector alongside other new equipment. The school also had a room entirely planned to be a ‘Film Library’ and another as a ‘Dark Room’ for photographic work.

The Headteacher Mr James Embling worked with the Audio Visual Council to promote this new technology in schools.  The school had many visitors from Great Britain and overseas who came to see how this worked in a classroom situation and many filmed the children operating the equipment in the classroom.

Many of the children did not like the teachers loading the films into the projectors, as they thought they did not do it as well as they could.

These photographs were taken around this time.