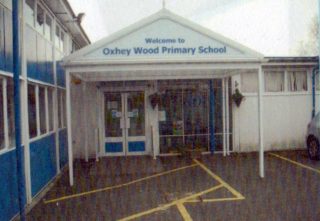 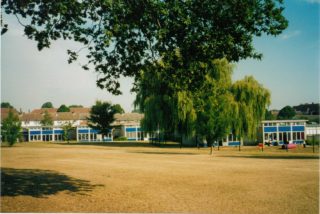 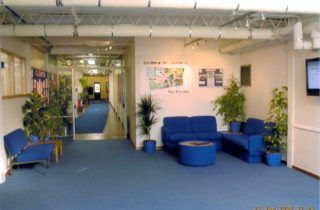 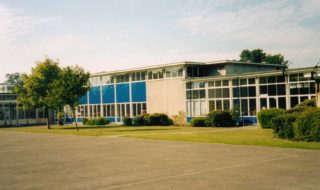 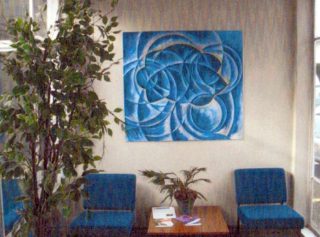 The Oxhey Wood 'Tree' Painting by Alison McLeod in the entrance lobby
S.Waller

Oxhey Wood School was officially opened on June 7th 1951. The School was built as two separate schools Infants and Juniors.

Mr J Embling was the Headteacher of the Junior School and Miss Maiden the Head of the Infant School. These were amalgamated in 1969 to form the basis of the school as it is today.

During the 1972 Mr J Embling was awarded the OBE for his services to Education.

In 1982 due to the falling numbers of primary aged children on the estate and following discussions as to whether a local school should close, one wing of Oxhey Wood School was closed. This wing was then used for many things including an office for the WRVS, classrooms for Cassio College – Adult Education Classes and practice rooms for the ‘Falcon Marching Band’. This wing eventually fell into disrepair. Part of the disused wing was refurbished and used again for classrooms when numbers started to rise in 1993.

Following the retirement of Mr Tamblyn Jones, Mr J McLeod became Headteacher, coming to Oxhey Wood from St Meryl School in Carpenders Park where he was the much respected Deputy Head.

Again there was much talk of one of the local schools being closed and following Mr McLeod leaving Oxhey Wood, the school was run for some time by Acting Headteachers. All these Headteachers brought there own expertise in various fields to the school:- Mr T Longhurst – Mrs J Richards – Mrs M Priggs – Mrs R Alexander.

During the time Mrs Alexander was Acting Headteacher at Oxhey Wood the decision was taken by Hertfordshire County Council to close ‘Little Furze School’ in Gosforth Lane. Many of the Little Furze children moved to other schools in area but the majority transferred to Oxhey Wood School. Major refurbishment of the Oxhey Wood building was taking place at this time – 2005, with a large computer suite being added in what was part of the dining room. The remaining part of the disused wing was completely rebuilt inside and this led to wonderful new teaching areas.

The building work was completed and Mr J Moore was appointed as Headteacher, thus relieving the period of uncertainty that the school had gone through.

During the Headship of Mr J Moore it was proposed that a Sure Start Children’s Centre should be added to the school. After two years in post Mr Moore decided to retire and shortly afterwards the ’Children’s Centre’ was completed and officially opened.

In 2007 Mr D Aisthorpe was appointed Headteacher, coming to South Oxhey from a school in Hemel Hempstead. Mr Aisthorpe brought with him an infectious energy and dynamic ideas and Oxhey Wood School continues to thrive and is much loved by its current and past pupils and staff as an exceptional School. Oxhey Wood School celebrates it 60th Anniversary on 7th June – 2011.

In 2012 Mr David Smith, previously the highly regarded Headteacher of St Meryl Primary School in Carpenders Park took over as Headteacher of Oxhey Wood School, to lead Oxhey Wood into a new chapter in its life.

In 2013 the  consultation process is taking place with a view to enlarging Oxhey Wood School to increase the intake number from 51 to 60 per year group.

Further information about Oxhey Wood School can be found on www.oxheywood.herts.sch.uk