You are here: Home>Places>Shops and Shopping>Palmers Stores - bacon, the speciality of the shop

Palmers Stores - bacon, the speciality of the shop 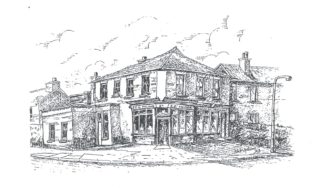 When first married in 1922, my parents had a village store…

In 1938 Palmer’s was established.  The staff in those days lived in – behind the shop.  The barn behind the premises had a baker’s oven, but I am not sure when this was in use. During the war the barn was used for stores and as a garage – for a pony and trap. This was acquired to deliver orders as the van and car became redundant with petrol rationing… Ration books came into being and I spent many hours counting the coupons with my mother, these had to be sent back to the food ministry.

To read the full story, download the fact sheet attached below