You are here: Home>Places>Streets and Roads>22 HAMILTON ROAD PART 1 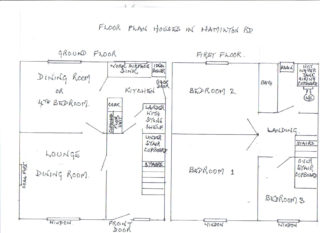 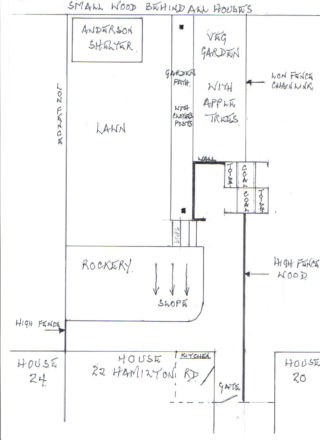 22 Hamilton Road was my home from 1947-1964.We were a family of six children five boys and a girl. My eldest brother Dick,sister Betty,older brother Ian, then a seven year gap to myself,then younger brothers Alistair and David.Due to the age gap between myself and the older half of the family I have little memory of them at this early age.I was five years old and my younger brothers 3 and 1 at this time.With the exception of my brother Ian all are still living and well.

The house of which I can find no photographs ( I have therefor drawn up plans of this and the garden as best I can and will attach to this article) was one of many all identical prefabricated concrete flat roofed buildings in the road.  Each house had a front garden approx 20ft long ang a back garden may a little over twice as long.Our side of the road backed on to a small woodland (Which can be seen as a shaded are on “google earth” between Hamilton Road and Blairhead drive” just a magic place for three small boys to have as a play area, dens, tree houses and anything else we wished it to be, which we called the “spinney”.

Inside the house which had polished concrete floor and wooden floors upstairs was sparten and bare and very cold in the winter except when the coal fire was roaring away in the lounge, and very hot in the summer.During the winter the kitchen was also very warm as it contained a coke fed Ideal Boiler to heat the water which at times got so hot the water boiled in the tank in the bathroom and the hot tap had to be turned on to release the pressure so hot in fact that for a second or two only steam came out of the tap. The hot water tank being in the bathroom also made the bathroom very warm in the winter.The entire house had lino flooring both upstairs and down and my mother was it seemed for ever washing and down on her knees polishing them,as a result of which the whole house smelt of floor polish,but was a clean as a “new pin”.

With no television,which did not arrive until I was 13/14 entertainment was,the radio,board and card games,mechano,and anything else we young boys could use to create a world of our own.I have many happy memories of my childhood home, but more of this later,under the heading “security family,freedom and fun”.