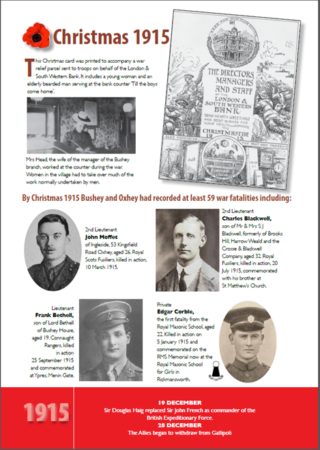 By Christmas 1915 Bushey and Oxhey had recorded at least 59 war fatalities including: