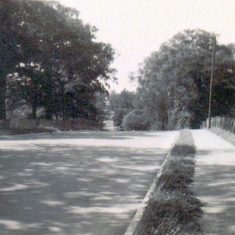 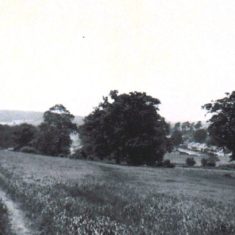 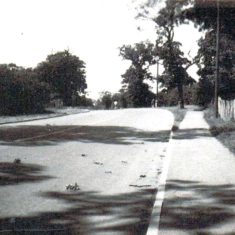 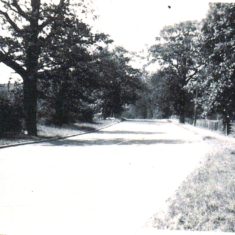 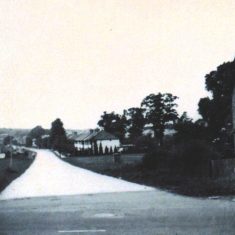 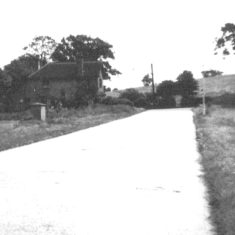 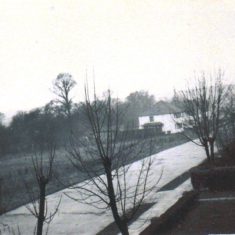 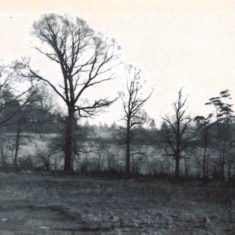 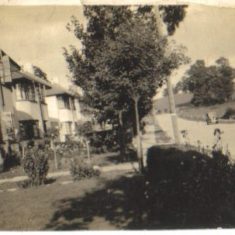 Most of my memories of Carpenders Park, Oxhey, and Bushey are for the period between 1940 and 1954. I witnessed the areas development from countryside to urban expansion. Oxhey Woods, Blackwell Estate, Oxhey Golf Course, Watford Heath, Bushey Outdoor Swimming Pool, The 5 fields from Merry Hill Lane to the Style at the top of Carpenders Ave, Oxhey Lane.

These areas we patronised as being part of our recreation. We experienced the war period, the Army occupied ‘Highfields’ there were ‘Searchlights’ placed on Oxhey golf course, and a bomb dropped in a field opposite our house leaving a crater which filled with water and became a home for tadpoles, frogs, & newts. It was finally filled in and St Meryl School was built on the site.

I have added a further photo of Carpenders Avenue looking towards the style in Oxhey Lane. This photo was taken from our front garden no 49, and shows you the houses with their windows open, also note that we did not have street lights, and a rare sight seeing a car outside bungalow No. 26, no doubt belonging to Dr Leeslow, who would have been entitled to petrol. All other transport was mainly horse drawn. Occasionally we would see a military vehicle from ‘Highfields’ going towards the shops.