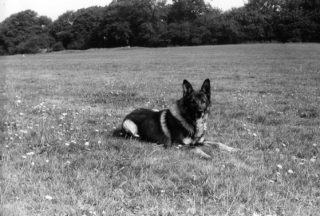 "Countryside Pedlar" on Oxhey Playing Fields in August 1964, with the tee boxes for the old 1936 sixth hole in the distance, next to Hampermill Wood.
John Swain Collection. 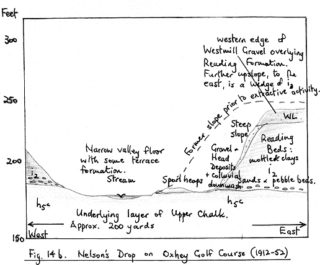 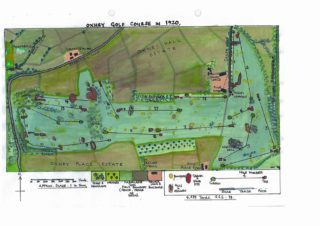 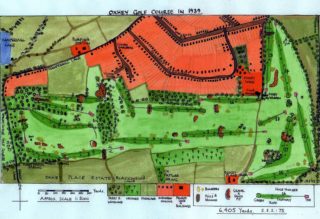 This valuable stretch of open space has been under threat on several occasions since the war years when German bombs fell on Oxhey Golf Course and in the adjoining woods. Some of the craters became small ponds, much to the enjoyment of small children from the nearby estate!

When the former golf course was closed on March 31st 1952, it was officially designated the South Oxhey Playing Fields, and it has been a much-appreciated feature of the local landscape ever since, with more than 140 acres of quality parkland and extensive woodland.

Apart from the peripheral threats of tall pylons (1955) at the Sandy Lodge end and the installation of natural gas pipelines along the southern boundary in 1963/65, the main opposition to the preservation of the area came in 1989. With the changeover in ownership from the London Residuary Body to the Three Rivers District Council, there was a real chance that the woods and fields would disappear beneath housing and road developments. However, a well-orchestrated campaign to Save Oxhey Playing Fields was launched during the summer and thousands of homes throughout the neighbourhood displayed yellow posters as a measure of the strong support. This threat to the local environment failed to materialise and the full story was published in the Watford Observer over the following weeks.

Since the early 1950s, several clubs have made their homes at the lower end of the playing fields, including the well-known Oxhey Estates United, Fullerian R.F.C. and Solus C.C. In later years, a successful 9-hole golf course has become established on part of the 1912-1952 links at Oxhey Park, on either side of Prestwick Road. Quite apart from the organised activities by the various clubs and schools, many youngsters engaged in informal games of cricket, golf, football and rugby. On at least one occasion, the playing fields were the venue for a major cross country championship (January 1965).

Many folk have good reason to be grateful for the opportunities provided by these facilities as they embarked on long and fruitful careers in sport. In addition, several of the former golf course pathways developed by players and spectators during the interwar period have become popular routes for hikers and dog owners.

It is hoped that future generations will safeguard this precious amenity, at least for the next 60 years.