You are here: Home>Topics>Trains>Birthday party for the station

Birthday party for the station 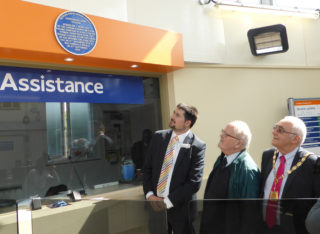 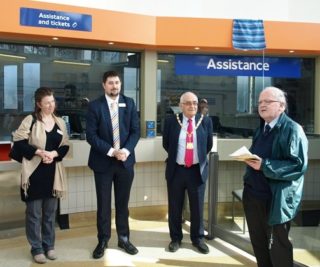 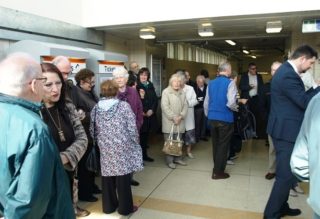 A large crowd started to gather at Carpenders Park Station at 12.45pm on Tuesday 1st April.  By 13.00 there were over 50 people waiting to see the new blue plaque unveiled.  Shortly after 1pm, after a few words from Sam Russell of LOROL and David Reidy who organised the plaque, it was revealed to everyone.  Les Mead from Three Rivers District Council and a representative from Watford Rural Parish Council, who funded the plaque, were also in attendance.

After the unveiling we all headed back to the library to see the exhibition of the history of station and displays produced by the Our Oxhey Group, plus tea and cakes.

See also the article in the Watford Observer