You are here: Home>Topics>Trains>Footbridge or tunnel?

St Meryl residents use the station 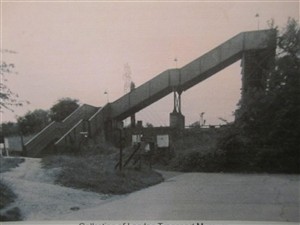 The station began to become inadequate when the St Meryl Estate, on the eastern side of the railway, began to be developed in 1935.

The Times reported on 3rd September 1935 that the LMS Railway had signed a contract with a Staffordshire company to extend the footbridge at the station over the four main line tracks. This would obviate the need for St Meryl residents to gain access to the station via the cow arch, a tunnel under the railway due north of the station. There had been a number of disputes between the Blackwell family, the owners of the Oxhey Estate, regarding access to the station by this route. The footbridge was partly financed by Mr Frederick Absalom, the St Meryl developer.

By 1937, following the growth of the St Meryl Estate, Carpenders Park station was handling some 200,000 passengers annually.