You are here: Home>Topics>Walks>Oxhey Playing Fields 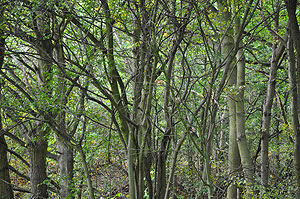 Once part of Oxhey Place estate , the future of Oxhey playing fields was in doubt according to the article in the Watford Observer of July 1989 . Three Rivers District Council revealed at a public meeting that they would buy the facility for 1.5 million pounds and then possibly lease it for commercial leisure developement .

I was at the meeting and remember the gasps of horror at the thought of our beloved playing fields being used for commercial development suggestions were made that an appeal be launched to raise money for residents to buy the playing fields. Thankfully the fields are still a public facility available to all but how close wecame to losing them.