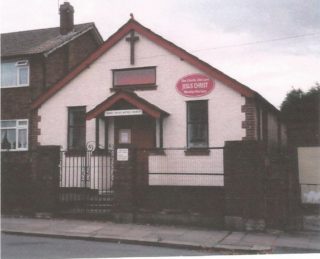 On Saturday evening, 1st April 1911, a company of 9 gentlemen and 7 ladies met at Osborne Villa, Chalk Hill, the home of Mr & Mrs Arthur Pearson Ibbott. ‘A meeting of friends’, so the record says, ‘to consider what steps should be taken to arrange for mutual fellowship and, further, to consider starting a scheme for permanent aggressive Christian work in the district.’

Thus the Oxhey Village Baptist Church was formed, it was officially opened for worship on 26th November 1911, having been planned and built in only 8 months.

The church received many applications for Membership during the following months and the Church and Sunday School thrived but there were many tests of faith during the ensuing years – World War 1 (in which 5 young members lost their lives), World War 2, then challenge of post war progress and changes in lifestyle. The members were faithful and worked hard to help the community in times of need, but eventually came the day when, sadly, the church had to close its doors for the last time.

On Sunday, 12th October 2003 over 100 people – past and present members and friends – gathered to give thanks to God for 92 years of Christian witness to the community of Oxhey.