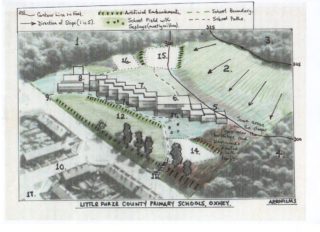 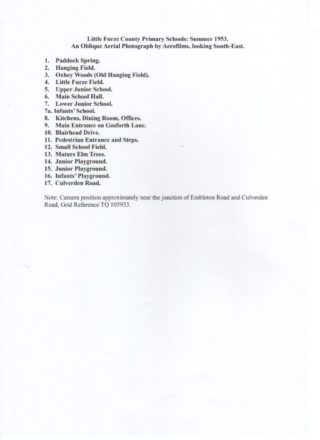 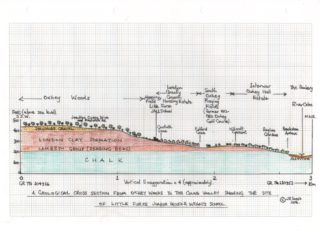 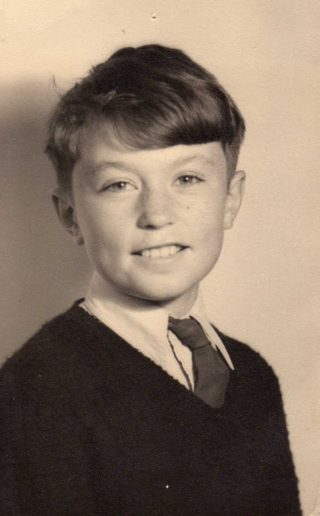 Little Furze School was opened in September 1952, with 600 places available in the Infants and Junior sections. The site was considered to be a difficult one of 13 acres on the northern flanks of the South Herts Plateau and the steeper slopes were levelled to form the basis for the extensive buildings, playgrounds and the narrow field parallel to Gosforth Lane. The writer has attempted to re-produce some of these features on the annotated Aerofilms photograph (1953), Little Furze County Primary Schools, Oxhey. Also, a geological sketch section has been provided to place the school in relation to the physical features of the locality. When this contributor entered the school in early March 1953, one immediate impression was the apparent difficulty with draining the lower slopes of the site, which had been covered with turfs in an attempt to stabilise the environment.

The school had been constructed on the northern side of Hanging Field, which had previously been poor quality pasture surrounded on three sides by woodland, as indicated by local maps dating back almost 200 years. The only level playing field was the extremely narrow piece of land between the school buildings and the road, but it was suitable for holding events on Sports Day and for the occasional game of football. Most matches with other schools in the Watford District took place on the newly-created South Oxhey Playing Fields. Relatively little use was made of the main school field adjacent to Oxhey Woods, apart from those spaces next to the large playgrounds. To this impressionable nine-year-old, the school was situated in a most attractive location, particularly during the fine summer weather of 1953. In almost every respect, academic, cultural and sporting, Little Furze had made a promising start and was arguably the leading primary school on the Estate in the early part of the decade, along with Oxhey Wood School. For this writer, Little Furze offered a sound education for the transfer to Watford Boys’ Grammar School in September 1954.