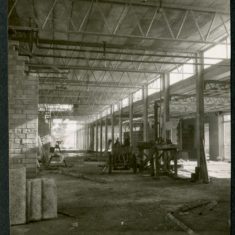 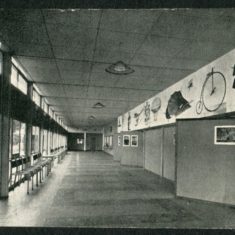 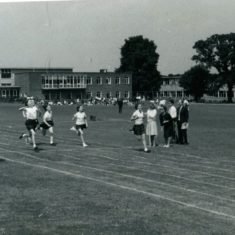 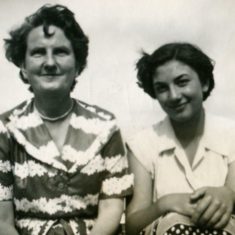 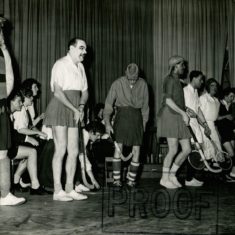 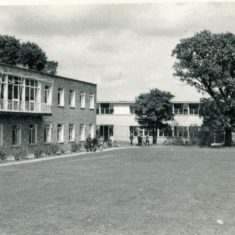 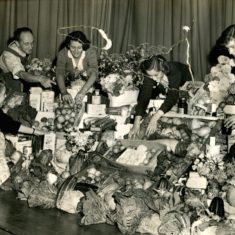 My father , George Gardiner was head caretaker of Hampden School from it’s opening in 1950 , until his retirement in 1975. We moved to South Oxhey from Camden Town in 1949 , living first at 21 Caldwell Road . In 1954 a caretaker’s house was built next to the school in Little Oxhey Lane , and our family lived there for the next 21 years.

The photographs show the

1/ Entrance Hall to Hampden School under construction in 1948-9 , and

5/ School Panto 1951-2. The Headmaster , Bill Westaway extreme left. Possibly the only known image of Mr. Westaway in drag. Cannot recognise any other members of staff in the pic. Maybe someone can?

7/ Harvest Festival c. 1951. This was an annual event at the school , the whole stage would be piled up with home-grown fruit and veg , tins of Spam , boxes of Corn Flakkes and bottles of Camp coffee , etc. I don’t recognise any of the staff members or senior girls in this pic. Maybe someone can?

I will add more pix as I find them.