You are here: Home>Places>Carpenders Park Station>The lighting at the halt

The lighting at the halt 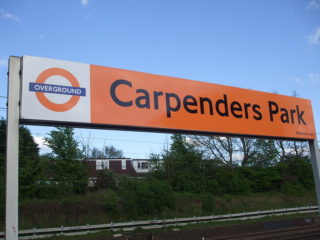 Keep visiting Our Oxhey to find out how we will be celebrating the anniversary of the station in 2014.

The lighting of the original halt earned it facetious nicknames. When equipped with the original oil lamps it became know locally as Paraffin Junction, and when these were later replaced by electric dish lamps on curved metal supports it came to be known as the Dog Track.

In those days the current for lighting came from the railway’s own supply, and if two trains started or approached the station simultaneously at night the platform lights noticeably dimmed. Conversely, if the electric supply to homes locally failed, as it often did as a result of overloading at Watford electricity works, the railway lights could be seen to remain illuminated.