You are here: Home>People>Growing up in South Oxhey

Growing up in South Oxhey 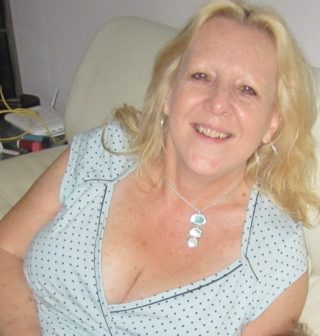 My mum and dad moved to South Oxhey in the early fifties and I was born (June O’Kelly) in 1955, I had three brothers and two sisters who were all quite a bit older then me. I went to Greenfields primary school which wasn’t far from where we lived in Morriston Close, my friend who lived next door to us Jackie Freeman also started school with me at the same time. Life was good growing up in South Oxhey with my friends Jackie and Tina Freeman and Sharon Westmas as well as other friends that we made along the way.

My dad managed a South Oxhey football team when I was a very young child, and my brother Alan was in a band called the Ricochets who played locally and entered a competition that was held at Watford Town Hall in the sixties. There was often footballers and Alan’s band members at our house, and the band used to sometimes rehearse in our front room.

After I left Greenfields primary school in 1966 I went to Clarendon senior school, I spent the first year there, and then Clarendon and Hampden senior school in Oxhey Lane became one school so i attended Hampden for the second year, and then back to Clarendon until I left in 1971. Most of my school life was ok although I hated the year at Hampden but did ok in my CSE exams and went on to work at the Prudential offices in Watford.

I lived at Morriston Close until 1975 and then moved to Hemel Hempstead, my mum and dad and brother lived there until 1977.

I am so glad my brother Alan found this site as it brings back lots of memories.