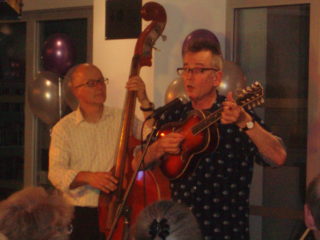 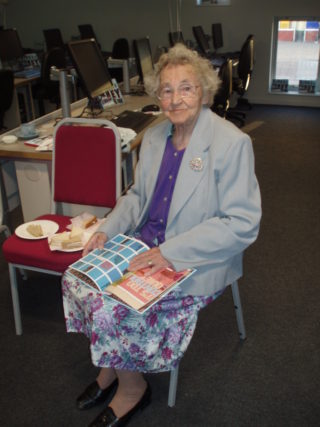 Oxhey Library was officially opened on 26th October 2009 at 15:30 by County Councillor Keith Emsall, Executive Member for Community Safety and Culture.  He was joined by representatives from the Big Lottery Fund, who financed the refurbishment, and many of our partners and supporters in the community, including Dora Parry, our oldest customer.

Comic Poet, John Hegley made a brief appearance at the ribbon cutting ceremony and then performed again in the evening with local double bass player, Keith Moore.  John is a sell-out at The Edinburgh Festival and he can now also make the same claim for Oxhey, as there was a full house.  He treated the audience to a hilarious trip through the alphabet in song and poetry. A fantastic day, enjoyed by all.